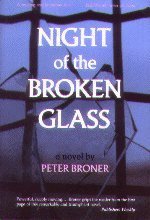 This widely praised, moving novel interweaves the lives of three men as they confront the terror of Nazi Germany. Faced with the practical and philosophical question of how to best combat evil, each man must choose his own response: Paul escapes to America to fight Germany outright; Johann deliberately seeks commitment to a concentration camp in order to proclaim his solidarity with other victims; Martin—the Martin Schindler of Schindler’s List - chooses to fight from within, establishing a “satellite” concentration camp inside his factory. Delivered with enormous credibility and narrative power, the book’s message - human will and dignity can prevail in the most terrible of circumstances - will reverberate long in the minds of readers.