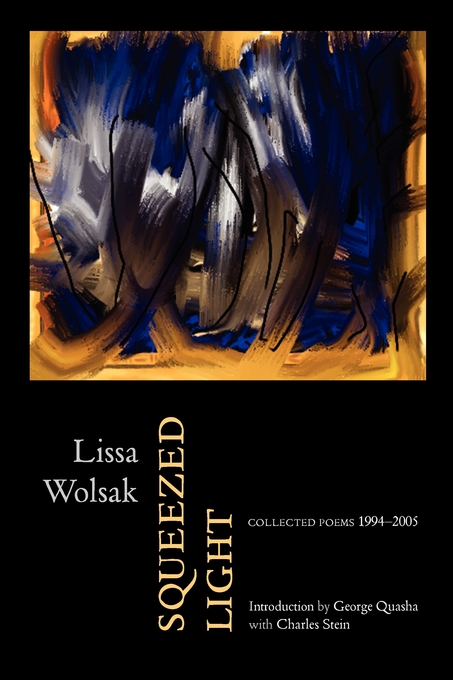 With the publication of this volume, Lissa Wolsak — who seemingly emerged as a fully-formed poet in the mid-1990s after various other pursuits — emerges for the first time once again. Her work is neither easily classified, nor traceable to a particular school or lineage, but instead continually creates its own unimpeachably evanescent context, independent of thought outside the work itself. “The mirror would do well to reflect further,” demands one of Jean Cocteau's Orphic “radio” voices. Wolsak's poetry more than satisfies this strange demand, for the self-reflective moment in her work takes us far beyond fashionable literary recursion, finding again and again a genuinely mysterious interpenetration of awareness, language, and human care. Squeezed Light includes all of Wolsak’s previously published poetry to date, her poetic essay “An Heuristic Prolusion,” an interview with the author, and an Introduction by George Quasha with Charles Stein.