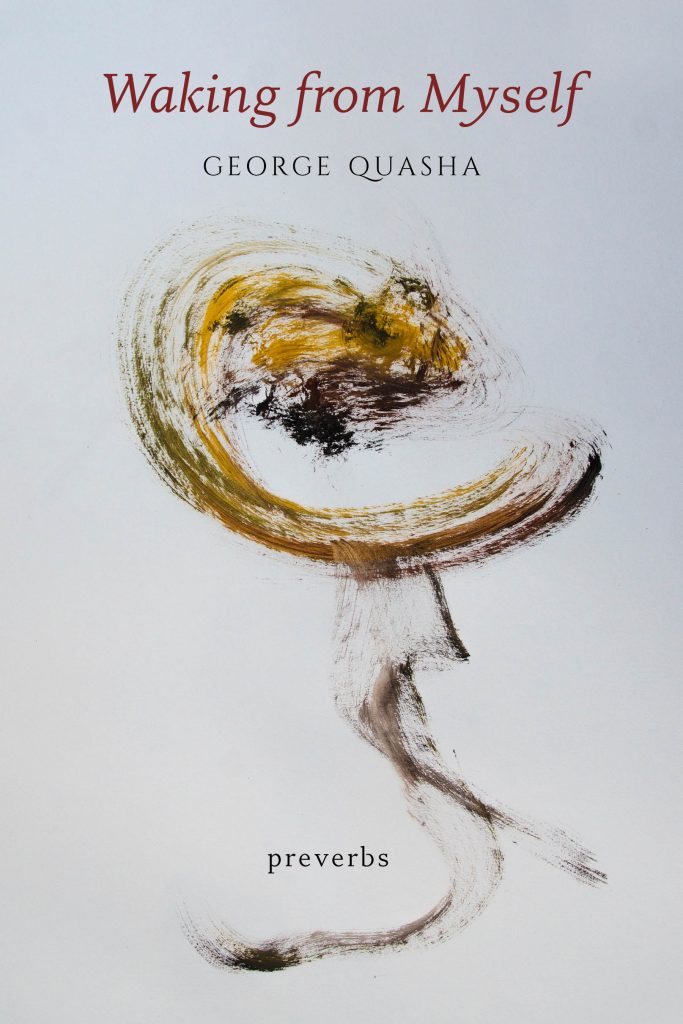 "Words say too much to let you know the truth.'' George Quasha's torqued, enigmatic proverbs create unlikely balances among discrepant engagements. Waking from Myself is the sixth volume published of George Quasha's "preverbs," an invented poetic genre that's the flipside of "proverbs"—instead of giving capsules of wisdom, they awaken language to its inevitable ambiguities in the face of complex truth-telling. The vectors of these marvelous poems work at cross purposes, keeping each other aloft. If William Blake's "Proverbs of Hell" are poetry, then George Quasha's preverbs are like a close cousin. Its core question is: can poetry say the unsayable?